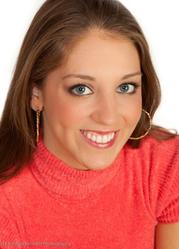 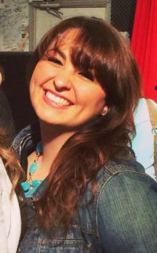 KeriAnn is the proud mom of two wonderful children Phlipp and KeiraLeigh. She teaches first grade in Lowell, Massachusetts where she has been teaching for 11 years. In 2009 she obtained her Master's degree in Elementary Education from Northeastern University.

In 2004 she graduated from Syracuse University where she was the Orange Girl 2000-2004. KeriAnn has won 43 National and World Open Twirling titles through the National Baton Twirling Association. She has appeared on ESPN, ABC Sports, HGTV and the Disney Channel. As part of Red Star Productions she has performed for 2 US Presidents and twirled all over the world.

She danced and twirled professionally for 2 years with Busch Gardens Williamsburg and choreographed shows for the Macy's Parade 2008, Toyota Gator Bowl and the Capital One Bowl. She was the first ever Twirlmania Collegiate Classic Champion at Disney's Wide World of Sports. KeriAnn is honored to have a sportsmanship award called the "Tinkerbell" presented each year to a collegiate twirler at Twirlmania.

She shares more than 20 years of baton, ballet, jazz and gymnastics training with the Red Star team members of all ages. 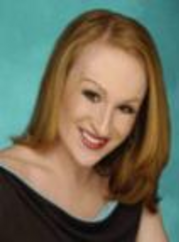 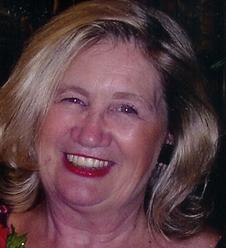 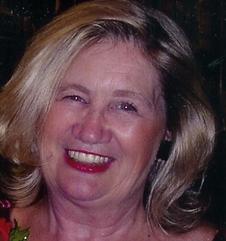 Gina Hutchinson grew up in Newport, N.H. on the shores of Lake Sunapee. She began singing and dancing at age five and carried her love of music and acting all the way through Plymouth State College, where she performed in musicals, toured with the Polyphonic Choir and even won the talent award in the 1969 Miss Plymouth State Pageant of the Miss America Program. However, she also had a love of baton twirling. So much so that she went all the way to Brattleboro , Vermont to find one teacher and continued her own training after college with a vaudeville twirling entertainer from Nashua named Don Turner, who, at 58, was still an amazing twirler and task master! She began her teaching career in 1970 in the Timberlane School District and it was there that her third love, baton twirling, got a chance to emerge as she was asked to coach the Timberlane High School Majorettes. From there the longest running and most random “Accident” took place. Starting a baton twirling team had never entered her mind until girls in her elementary school asked if she could teach them so one day they, too, could be Timberlane High Majorettes.

Gina’s teams have dominated New England Twirling for three decades and burst on the National scene in 1979 continuing to improve until they are currently one of the top five best teams in the Unites States and National and World Champions many times over. But Hutchinson is most proud of being a coach with a broader view of twirling. Her teams have traveled the world entertaining from Spain to Russia, Ireland to Germany and in August 2010, will perform in the Shanghai Music Festival in China. On any given Saturday, members of the Red Star College Team can be seen leading the bands at the University of Connecticut, Cornell University, Penn State University, Syracuse University, University of Tennessee and Tulane University. Red Star Twirlers have lead the Syracuse Marching Band for fourteen years out of the last twenty. Since 1994, three more Red Stars have been the Captains of the Penn State University Touch of Blue Majorettes. Since 1989, twenty four Red Stars have combined brains and batons to perform at colleges all over the United States. Her own two daughters, Lori Branley Fischer and Lisa Branley Castro started it all at Penn State and Syracuse in 1989 and 1990 respectively. Lori was “The Blue Sapphire” Feature Twirler and Lisa was an “Orange Twin” with her duet partner Rebecca Fowler Zakis.

In 2009, Gina was sworn in to the New Hampshire House of Representatives, fulfilling yet another passion. After being heavily involved in campus student government, Gina became the President of her school district’s teachers association as well as contract negotiator. After taking an early retirement to focus on The Red Stars, she promised her fellow teachers that she would remain actively supporting them. Being in the Legislature has fulfilled that promise. Interestingly, The Red Stars have been honored by that very same legislative body five times and will, again, prior to their China trip.

Among her own personal honors:

Alyssa has been twirling for 21 years and been an instructor for 12 years.  In July 2012, Alyssa was 1st runner up to College Miss Majorette of America, winning the twirling and modeling portions of the competition.

She was also 1st runner up in the Grand National Twirling Championships.  Alyssa was the feature twirler at the University of Connecticut from 2005-2010, where she performed at many football and basketball games.

The most notable game was when the Huskies defeated the Irish at Notre Dame University while Alyssa performed on the field!  As a Red Star Twirler, Alyssa has performed in Germany, on a Carnival Cruise ship, at Disney World, at the Nokia Sugar Bowl, in the Miss America parade, and now even in a Hollywood film! Look for the Martin Scorsese film, “The Wolf of Wall Street” (coming out October 2013), where you will see a familiar face twirling her baton alongside Leonardo DiCaprio, Jonah Hill, and many others.